Everyone can be affected by criminal law, sometimes as a defendant and sometimes as a victim. Even if criminal pleading remains a well-prepared improvisation, the lawyer must constantly watch for the slightest information.

General criminal law determines the acts and behavior punishable by penalties. It also sets out the principles of criminal liability, the causes of justification and excuses, as well as the causes of mitigation or aggravation of sentences.

The behaviors sanctioned by criminal law are commonly referred to as offenses, and these fall into three broad categories. We will talk about a contravention before a Police Court, an offense before a Correctional Court, a crime before an Assize Court.

Throughout the procedure, there will therefore be an evolution of the elements of the case following the investigation by the investigating magistrate, these elements initially being clues that can be transformed into charges and perhaps become evidence.

It is therefore during this investigation that the criminal lawyer will be particularly attentive to respect for the rights of the defense. He will consult the file, discuss the contents with his client in prison, objectively analyze the facts, verify the legality of the proceedings and plead for provisional release.

He may also ask the examining magistrate for many additional duties in an attempt to destroy existing clues, or even propose conditions of release to the same judge.

Everyone is affected by criminal law, both as an offender and as a victim of an offense.

Delinquency or the criminal phenomenon.

All the offenses committed in a given state constitute delinquency, or even the criminal phenomenon.

Criminal law is of theoretical or philosophical importance insofar as the rules of criminal law affect the security of society on the one hand and the liberty of individuals on the other. It’s a constant dilemma.

Prison makes harmonious reintegration and a respectable life in society difficult, if not impossible.

It is a system that crushes personalities and draws detainees into a vicious cycle of aggression and violence.

“All human beings are born free and equal in dignity and rights. They are endowed with reason and conscience, and must act towards one another in a spirit of brotherhood ”

Business criminal law is the set of legal rules concerning offenses that may occur in the course of business, but also all of the economic rules that can be sanctioned criminally.

The JURISLEX app allows you to simply appoint Mr EL ABOUTI Hamid in a few minutes from your smartphone!

Following a traffic offence, all you have to do is scan your green card and your summons for the lawyer Hamid EL ABOUTI to take charge of your case at no cost and in the greatest confidentiality. 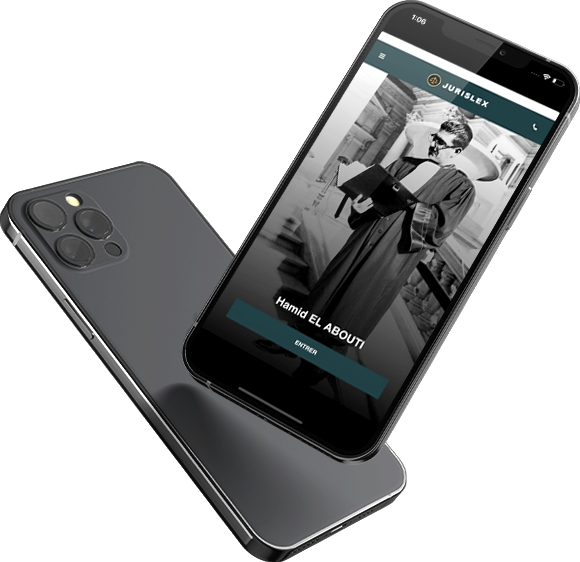 Send us an e-mail and we will reply within 24 hours.